Car films are right option for you to provide a new appearance for your car. Applying those films on your car is cheaper than repolishing them and you can remove them without leaving residuals. Therefore, the car films you can buy on our website, folienmarkt.de is the option for your desires to change the style of your car according to your own personal desire or to cover your car with the colours of your company. You can obtain high-quality car films as colourful car films, car polishing films and polish protection films covering your needs. 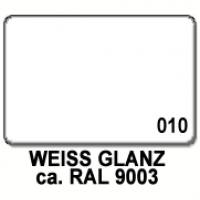 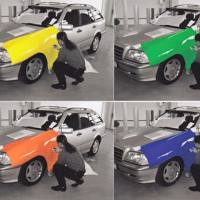 aside from the ordinary window films, car films of our website, folienmarkt.de can be used as:

You can obtain those fims as:

What is car film?

The films you can buy on our website, folienmarkt.de are multiple-layered cast PVC car films with perfect processing features and optimal dimensional stability. Dimensional stability means that those films will fit in the huge curves, corners, or sides in the best way possible. Those films can be used as:

You can use car films to provide a new appearance for your cars. It is especially advantageous when you want to save money from re-polishing operations and change the appearance of your car temporarily. Surfaces of car films also known as car trimmingming films are glossy, matt or with Carbon appearance. Besides, polish protection films have perfect glossiness stability even unde mechanical tension.

What do the car films consist of and ho they are used?

Our car films can be easily removed with the suitable auxiliary materials when they are adhered on the surfaces. This provides you the advantage of designing your car without reducing its price. You can remove the car films without leaving residuals if you want to sell your car.

Besides, you can save money by applying colourful car films. Repolishing a car is generally expensive. Besides, the price of your car is affected adversely depending on the quality of the repolishing operation. You can prevent both of them by using car films. Car films are especially suitable to be applied on company cars. You can cover your cars with the company colours and apply your company logo on them. If you want to change your car, you can remove them easily and turn them into the appearance they first have.

You can benefit from our several services if you buy car films on our website, folienmarkt.de online. You can consult with our employees about applying and using the car films through our call centre. If you are not sure which film is suitable for you before you buy, our employees will be pleased to help you. Besides, you can obtain pieces cut in exact sizes on our website. Folienmarkt.de is your online expert on car films.