Our vision-blocking window films are especially for windows, glasses and glass doors.

Vision-blocking window films can also be applied as multi-purpose films.

There are several ways to prevent the outsider looks and provide a modern appearace for the interior place thanks to the wide range of vision-blocking films. Those films can be applied almost every kind of glass surface in the interior places and they are alternatives for expensive sanded windows, colourful windows or etched windows. You have several opportunities to guarantee your privacy with those window films. Consequently, you can reduce or even prevent the undesirable looks. You can see outside like you do at the same time. Since our vision-blocking films have light transmissivity, they can be used without affecting refreshing atmosphere of the rooms. High-quality vision-blocking films provide flawless privacy oppurtunities for you in your private rooms and offices thanks to their strong opaque structure.

They are (semi-transparent) suitable for vision-blocking and sun-blocking. It is impossible to see inside and outside even at nights. They are the top selling milky-white window films and vision-blocking films for glasses, windows, bathrooms, doctors’ offices or storage rooms.

Vision-blocking films – Opaque white for exterior use and plastic materials 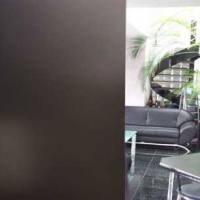 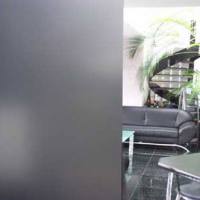 They are vision-blocking black-out films for complete black out. Those window films are suitable for photography laboratories or printing houses.

They are super dark and black-out films applied from inside of glasses, glass plates and windows. Those window films do not have mirror effect. They are super dark; however, they allow you to see outside. They can also be applied as anti-glare films and UV-blocking films with strong reflection reduction feature.

They are vision-blocking films and black-out films to be applied inside of glass plates, glasses or windows. Those window films do not have mirror effect. They are dark; however, they allow you to see outside well. Those black-out films and vision-blocking films protect you from undesirable looks and also provide a modern appearance for your glasses, glass plates and windows. They are also suitable to be applied as anti-glare films with strong anti-glare function.

They are vision-blocking films and colourful films to be applied from inside of skylights, glasses and windows. Those window films do not have mirror effect. They are dark; however, they allow you to see outside well.

They are two-layered vision-blocking films and two-layered black-out films to black out glasses, windows and skylights completely. They are window films ideal for photography laboratories, printing houses, museums, doctors’ offices or bathrooms. They can be applied from inside or outside.

Problem: Protecting yourself and your employees from undesirable looks

Office buildings with wide windows on the busy places are prestigious, but they have a problem: All employees can be watched from outside since the outsider looks are not prevented. It can be a really big problem for the busy places. In those places, some confidential information can be obtained by others since they can be seen on the computer screens from outside without being prevented. Those conditions create a stressful working environment, and thus the employees cannot concentrate or get motivated for their works. No employer wants such kind of working environment, since the employees cannot work by using their whole potential.

Business owners who have conference halls surrounded by glass walls have the similar problems. Outsiders can easily see the participants of conferences and they can feel uncomfortables since they are watched. Information presented in the conferences can also be seen by all of the employees and thus it is impossible to hold a confidential meeting without being watched.

Problems which can be solved by applying vision-blocking films for the private places can also be faced. Houses laid together enable the neighbours to interrupt the private places and to watch each other. The ones who do not want to spend whole day behind the curtains or blinds have to show everything in their private life.

However, there are solutions for the three abovementioned problems: vision-blocking films for your windows. Those self-adhesive films are opaque; however, they have a strong light transmissivity. But our window films are not only functional. They also contribute to the appearances of office rooms and buildings. You can buy vision-blocking films from us both as pieces in meters and cut pieces. Therefore, we can supply self-adhesive films for each of your personal projects.

If those window films with vision-blocking function are applied in accordance with the right methods, they can be applied on smooth glasses quickly, easily and without any kind of trouble. They can be applied, for example, on a glass wall in a entrance hall, a interview room, a medical place or in places where you need privacy. You can use colourful film models with a wide range for almost every kind of interior places. You can get pressed glass appearance thanks to their film structure with affordable prices. Therefore, our films not only guarantee vision-blocking function, they also provide an outstanding appearance for your rooms. Their other application places are public institutions and medical facilities. Unlike etched or sanded ordinary glasses, those films can be removed from glasses without leaving residuals when you move out or want to change them.

Vision-blocking films can protect you from more than undesirable looks.

Vision-blocking films and milky-white window films for windows, glasses and glass doors can protect you from undesirable looks without affecting brightness and architectural impression. Vision-blocking films and milky-white window films also provide heat-blocking, vision-blocking and anti-glare functions. Those functions affect your employees’ performances positively. They are protected from undesirable looks and can focus on their works; besides you can provide more comfortable working atmosphere in hot summer days since those films can keep your office rooms cooler. Thus, you save money since you spend less for air-conditioning systems. Additionally, by our sun-blocking films you can also prevent dazzling caused by sun-rays. Excessive sun-rays make impossible to see computer monitors which do not have adjustable brightness feature especially for the offices having lots of computers. Vision-blocking films can increase the performances and concentration of employers and also enhance the comfort of offices.

Our vision-blockign window films are opaque and they are also transparent and have light transmissivity function. Milky-white window films which are “opaque white” with milky-white surface, for example, or vision-blocking films with vision-blocking reflective sunglasses effect and sun-blocking functions can be obtained. We suggest no to apply films with reflective and absorptive functions. The glasses or the gap between them can get warmer in different temperatures. It can cause cracks and even breaks on your windows. This is because your glasses or gap between them can get warmer and it can cause different temperatures causing breaks on the glasses. Of course it does not apply for glossy vision-blocking films or milky-white window films.

Advantages of vision-blocking films in sum:

After removing the protective foil, spray the window and film with the assembly concentrate/water mixture, then position the film on the window and after that, scrape out the moisture again.

🧲 How does vision-blocking window film hold on the glass?

In order to remove vision-blocking window film, heat the film with a hair-dryer. Then pull the film from one of its corners. You can pull it longitudinally easily. After the old film is removed, spray Ajax window cleaner on the windows in order to remove the residuaries of the adhesive material. The remaining residuaries can also be removed with the help of a shaving razor or a glass scraper after a short time.

🛒 Where to get vision-blocking window film?

You won't find high quality vision-blocking window film in local markets, discounters or do-it-yourself stores. Because custom-made products with high quality and long guarantee periods are only available from specialist shops like us, which are offering such products since 1978.